About our San Francisco Restaurant

You don’t get more San Francisco than Scala's, located just off the Powell Street cable car line, steps from Union Square. And with great location comes great responsibility: that’s why we work hard to maintain our reputation as one of the city’s most essential dining destinations by creating an atmosphere as sophisticated and inviting as the food we bring to the table. 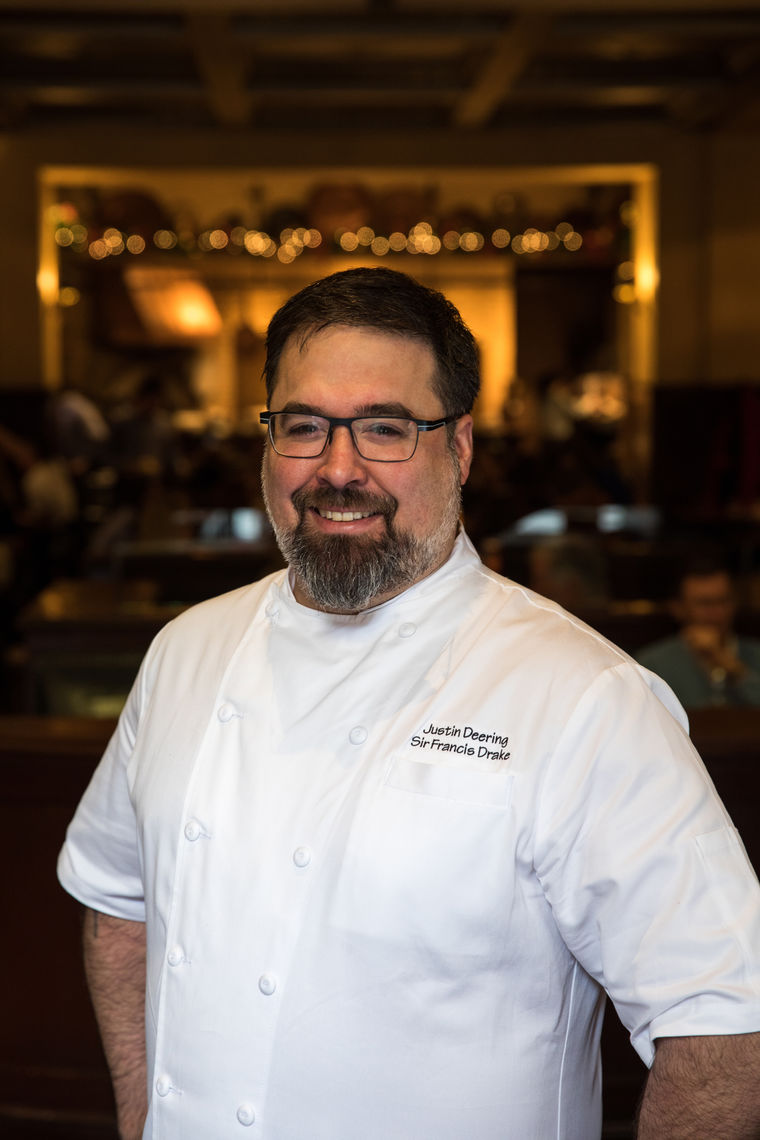 Justin set off to Napa Valley and never looked back. Now truly notable in the San Francisco culinary scene, he has a resume that includes opening Bacchus Management Group’s Cafe des Amis, owning his own mission neighborhood restaurant, and starting the Bay Area-favorite Doc Ricketts from the ground up.

Justin is now being welcomed as Executive Chef at Scala’s Bistro in Union Square, where he will also oversee the menu at Lizzie's Starlight and all catering in the Sir Francis Drake Hotel.

A love of French and Italian techniques and influential mentors have fueled Justin’s passion for cooking. His first post-graduate job in the kitchen was at Tra Vigne in Napa Valley, which paved the way to a job opening the restaurant Fifth Floor in San Francisco under Chef George Morrone. When Morrone opened Redwood Park in San Francisco, Justin followed, joining him as sous chef.

Justin carried on to Boulevard under the mentorship of Nancy Oakes and, later, opened his very own restaurant, Conduit, in the Mission. That experience gave him hands-on experience in every aspect of the restaurant business and eventually led him to open Cafe des Amis, followed by Doc Ricketts, where he was also instrumental in bringing the restaurant and concept to life.

Now at Scala’s, Justin continues his love of French and Italian cuisines while celebrating the bounty of Northern California. He plans to offer classics as well as “free form” bistro fare, elevating classics with ingredients from local purveyors. On his list: veggies from Marin Roots Farm, meats from Llano Seco in Chico, and fish from Four Star Fish. Justin also will focus on the charcuterie offerings, developing a robust assortment of cured meats, terrines and pâtés. For Lizzie's Starlight, he's creating a fun and approachable menu that pairs well with the iconic nightlife destination's creative cocktails.

“I’ve always been into depth of flavor and making dishes multi-dimensional – creating a result that’s plated with care but not pretentious,” says Justin. A fan of earthy ingredients, Justin also happens to be a pretty down-to-earth person. In his spare time, he loves watching the Giants and working on cars. 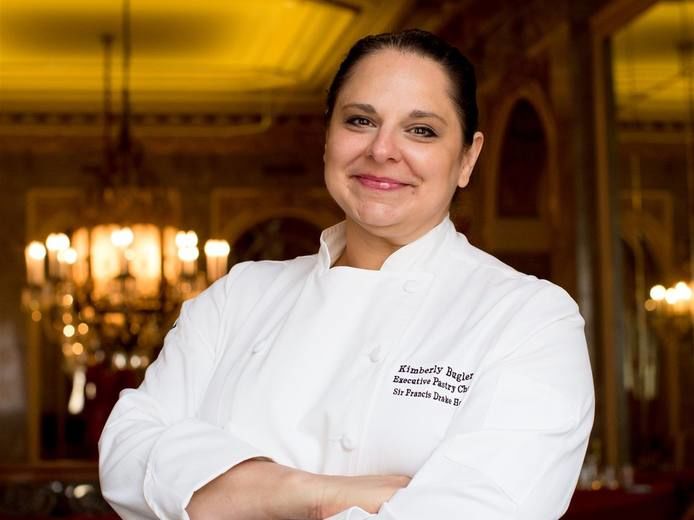 Chef Bugler graduated first in her class from the French Culinary Institute, and since then her confectionary creations have been featured on the Discovery Channel, TLC and the Food Network. Her long resume includes stints at Maxim's in New York City, American Park at the Battery, the New York Marriott Marquis, the J.W. Marriott Resort in Las Vegas and the 21 Club.

Named one of Dessert Professional Magazine's Top 10 Pastry Chefs in America in 2010, Chef Bugler’s desserts at Scala’s Bistro fuse classic recipes with global influences. When she’s not in the kitchen, Bugler enjoys traveling and exploring the local restaurant scene.

As a child in Lyon, France, Nathaly dreamed of working in Hollywood. But, as the daughter of a boutique-hotel manager, hospitality was in her blood. She arrived in the United States speaking little English, but quickly discovered her gift for making people feel incredibly comfortable. She honed her hosting abilities at The French Quarter and Kuleto's before settling in at Scala's, where she's been a fixture since 1997, kissing both cheeks of her regular customers, anticipating a guest's every need, and generally becoming as memorable and well-loved as Scala's legendary food. Looking back, her career has turned out remarkably well. "I always wanted to work in movies." Nathaly says. "And now I am on stage every night."